KEYS TO A NEW BEGINNING FOR 71 FAMILIES 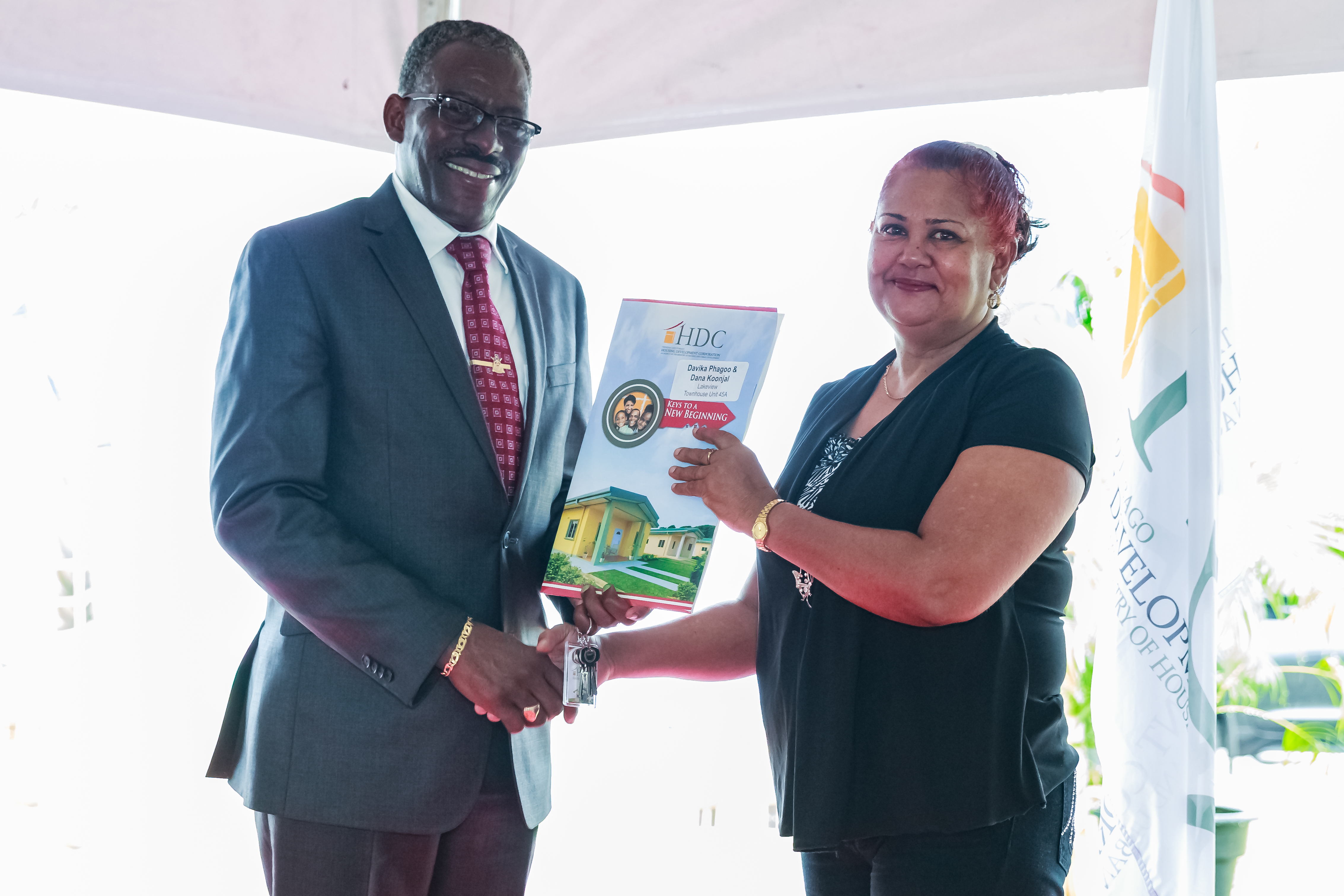 KEYS TO A NEW BEGINNING FOR 71 FAMILIES

In an effort to distribute housing units as soon as they are completed, the Housing Development Corporation (HDC) distributed keys and housing packages to 71 families (including members of the protective service and defence force) on Monday August 13. These housing units in developments located at Lake View/La Fortune, Point Fortin; Hubertstown, Guapo and Pier Road, La Brea.

In his remarks, newly-appointed Minister of Housing and Urban Development, Major General (Ret’d) Edmund Dillon provided an update on some of the HDC’s accomplishments which included  the completion of 7 housing developments which provided a yield of 1,856 units,  commencement of 8 new projects and the allocation of 2, 500 homes over the last 3 years.

The HDC remains committed to completing stalled and ongoing projects so that qualified applicants in all areas can have a place to call home.