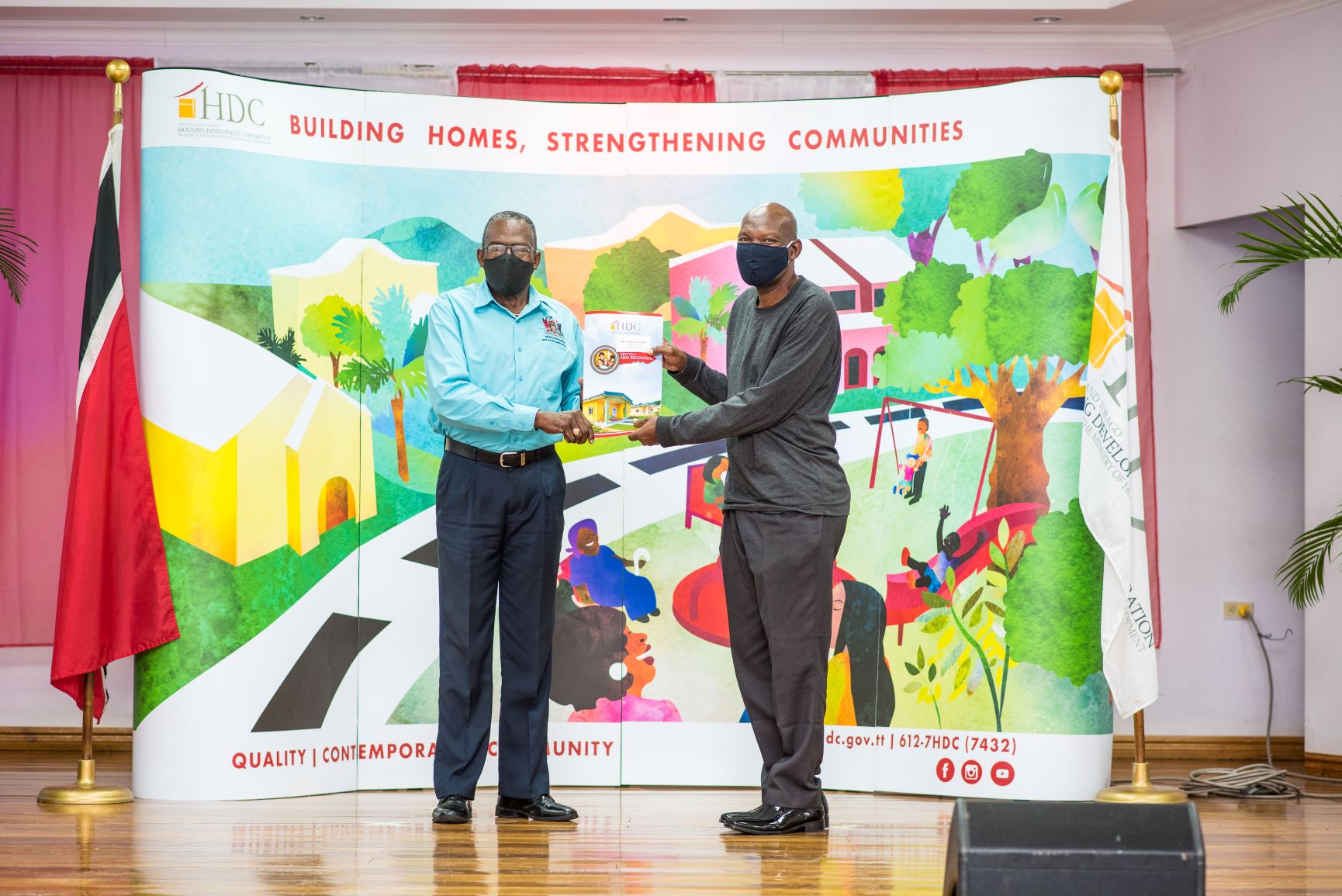 The Trinidad and Tobago Housing Development Corporation (HDC) has adopted innovative ways to be able to continue its housing distribution thrust, in the wake of the COVID-19 restrictions. On Tuesday June 02, fifteen (15) individuals received their packages from the Housing and Urban Development Minister, Edmund Dillon and MP for San Fernando East, Randall Mitchell via an abridged virtual ceremony. In addition to the fifteen recipients who were allocated housing units at the refurbished Building 17, Pleasantville; Harmony Hall and Riverside Corinth, an additional twenty-three (23) individuals were given pre-arranged times to collect their packages from the Port of Spain and San Fernando offices during the day for these three communities.

Additional distributions for these communities will continue during this month. These new approaches to the housing distribution ceremonies have been adopted in order to adhere to the new health measures and physical distancing guidelines. This is the second ceremony using this new approach: the first was held on May 19 in Point Fortin.

In addition to warmly welcoming the recipients to the San Fernando East constituency, Member of Parliament for the area, Randall Mitchell told the audience that “it’s been a privilege to have served at the Ministry of Housing and Urban Development during a time that gave birth to these brand new housing communities that you now have the benefit of joining. But more than that, the privilege is amplified considering that some of these new units were planned and constructed here in San Fernando East. There is no greater happiness than to be part of the planning, development and now the distribution of housing as MP for San Fernando East.”

Minister Dillon in his Feature Address, happily highlighted the fact that the HDC was able to distribute over 3000 homes since September 2015. Dillon said “we are extremely pleased to be able to deliver on our mandate as we believe every family should have an opportunity to lead decent, rewarding lives regardless of their circumstances.  I am therefore appealing to you to make the most of this opportunity by taking an active role in positively shaping your new communities.” He also urged the new home owners “to honour your financial obligations to the HDC and the TTMF, so that you can ensure security of tenure and provide a revenue stream that will assist the HDC to pay contractors, build even more housing units to add to the national stock and maintain existing rental properties for the benefit of hundreds of families.”

On Wednesday June 03, the Ministry of Housing and Urban Development and the HDC will be conducting the first of two live Modified Random Draws, where 500 applicants from the public housing database will have an opportunity to be selected for assessment interviews. The second Random Draw will provide an additional 600 individuals with an opportunity to be selected for interviews.

Located at the corner of the San Fernando By-Pass Road and Chaconia Avenue, Building 17 is one of the widely known landmarks in San Fernando. The five-story structure was constructed in the 1970s and consisted of twenty (20) two-bedroom units. However, in February 2011, the building was damaged by fire and eventually condemned by the HDC. The building rose to national attention again in March 2012, as residents demanded that greater attention be given to the damaged structure.

In 2014, the HDC conducted a building condition assessment to determine the structural conditions, potential repairs and estimated cost to rehabilitate the forty (40) year-old building. The assessment revealed that Building 17 was structurally sound but will require a series of rehabilitative works in order to become habitable once again. A boundary fence was subsequently erected in July 2018 and remedial work began soon after.