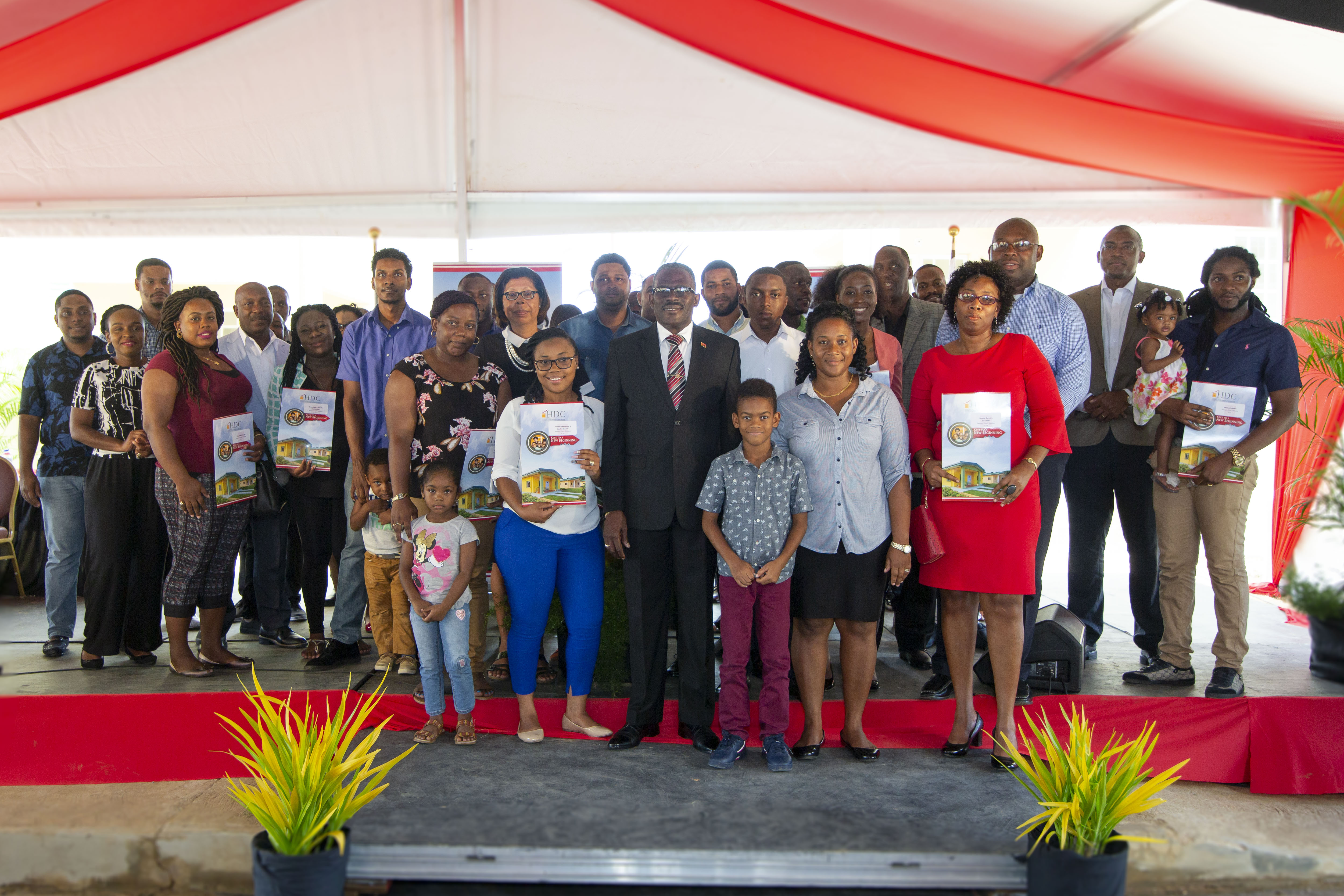 The Malabar Housing Development Site 3 is located at Henry Peters Road, Malabar, Arima. This project consists of ninety-four (94), three bedroom, two and a half bathroom townhouse units and civil infrastructure works on 2.49 hectares. Work on this project started in July 2007 and was expected to continue for twelve months. However, in 2011, the development was still incomplete and the developer’s contract was subsequently terminated. At that time, the units were 60% complete. In May 2017, work on this 6.15 acre development, resumed. To date, 37 townhouse units, have been completed with 25 more units to be completed by the end of October 2018. The construction cost of these 3 bedroom, 2 ½ bathroom townhouse units is $675,000.00. Each unit is 1080 sq ft.

This is the third Housing Distribution Ceremony, over which the new Housing and Urban Development Minister, Major General Retd Edmund Dillon has presided since being appointed to the position at the start of August. On August 13,  the Minister presented packages to 76 families for homes in LakeView/La Fortune, Pier Road and Hubertstown and on August 14, 61 families received packages for homes located at River Runs Through in Arima. Since 2016, the HDC has allocated over 2500 units.