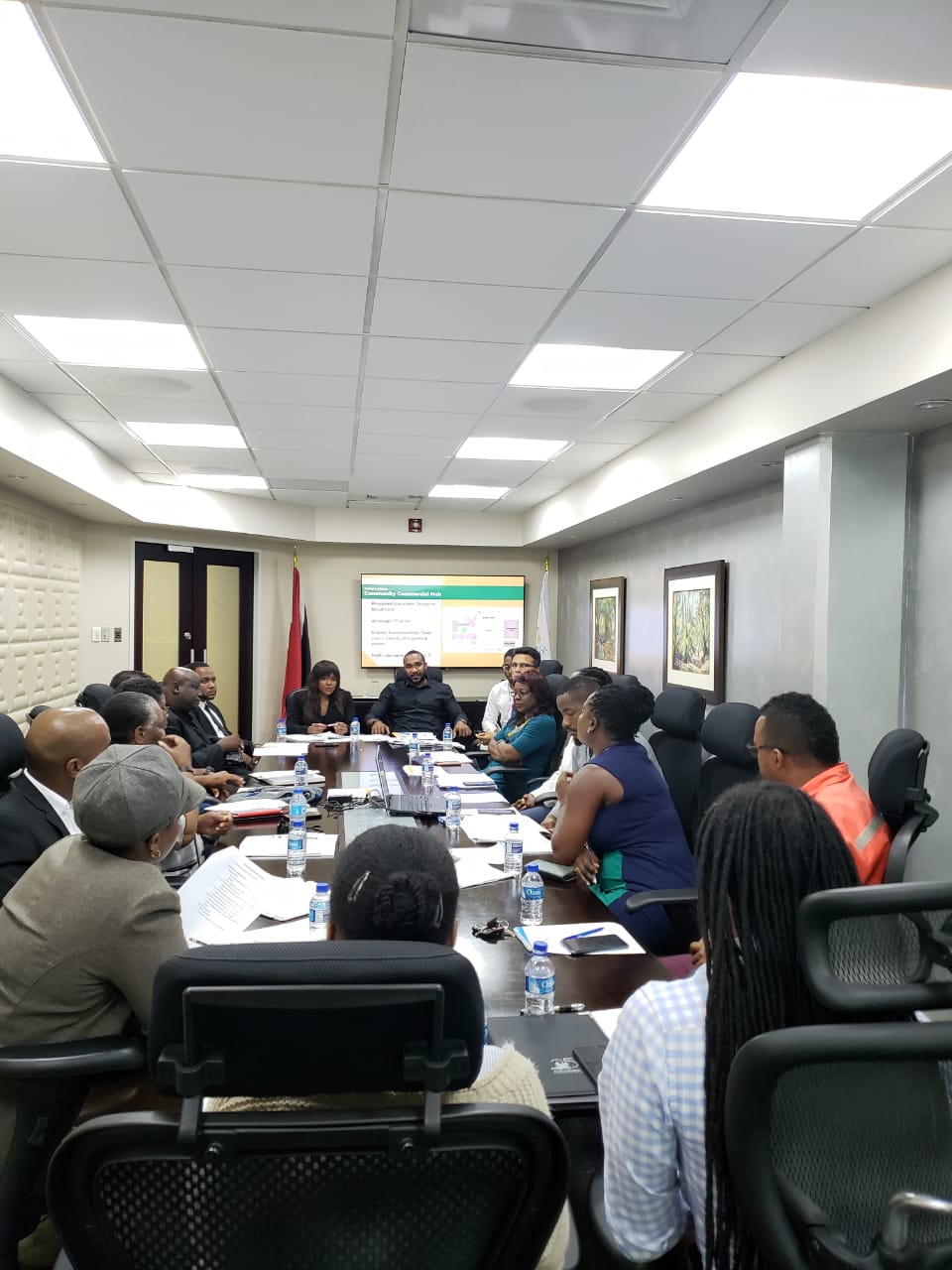 Representatives from six (6) community groups in Oropune Gardens and the executive of the Housing Development Corporation (HDC) met on Thursday August 15 at the HDC’s South Quay office to discuss the status of current initiatives and projects and an action plan for other issues.  This meeting was chaired by HDC’s Divisional Manager, Estate Management, Larry McDonald and Divisional Manager, Legal, Kimberly Molligan and attended by functional Managers from HDC departments such as Project Execution, Settlements, Security, Allocations, Social and Community Services, Land Assembly Coordination, Project Development and Oversight and Health, Safety and the Environment. Also in attendance, were concerned resident, Colleen Holder and resident/content director of the Oropune Gardens community website, Valdeen Shears.

At the start of the two-hour meeting, a presentation on the works completed in the community since January 01, 2019 was conducted. This presentation provided detailed updates on matters related to estate management, engineering, social intervention, safety and security, debt collection, partnerships, flood mitigation, emergency response, and the proposed community commercial hub.

In commenting on Thursday’s interface, the HDC Managing Director, Brent Lyons indicated that “a lot of projects and initiatives have taken place in the community over the past two years. Some may not have been publicised but they have been successfully completed and implemented. It is my sincere hope that after this meeting, the residents will now be more aware of the HDC-led projects and also have a deeper understanding of their role in the development and improvement of their community.”

The HDC will continue to liaise with the community through the representative organisations to ensure that information on the many projects being implemented and future plans, are effectively communicated to all residents.