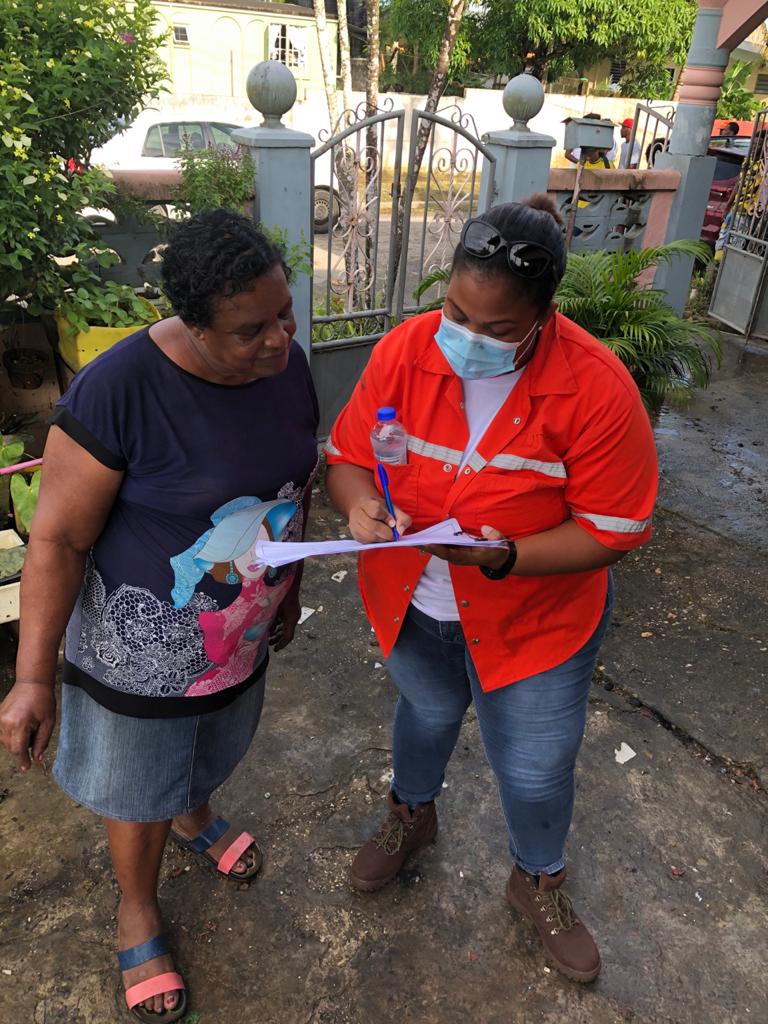 On Sunday August 02, after a short period of intense thunder-showers, a number of areas in east Trinidad experienced flash flooding and in some cases, street flooding. The latter normally takes a little longer to recede. This was the case on Tecoma Boulevard and Ladybird Avenue in La Horquetta as flood waters also entered some homes on these streets. Once the Trinidad and Tobago Housing Development Corporation’s (HDC) Emergency Response Team was apprised of the situation, a clean-up crew was immediately mobilised to clean and sanitise the affected homes.

While the community has experienced flash flooding in the past and the water usually receded quickly, residents have indicated that Sunday’s incident was unexpected and the area had not flooded to that extent before. In light of this, the HDC will be taking the lead in a team comprising the Ministry of Works and Transport and the Tunapuna/Piarco Regional Corporation to identify and address the cause(s) of Sunday’s extreme flooding incident.

In the same way that the HDC was able to implement effective mitigation strategies such as the berm, elevation of roads and the widening of drains at Greenvale Park to treat with that community’s flooding issue, it is the HDC’s hope that similar solutions will be implemented after this assessment in La Horquetta.